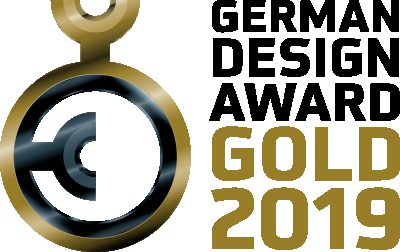 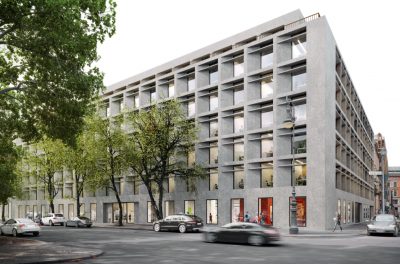 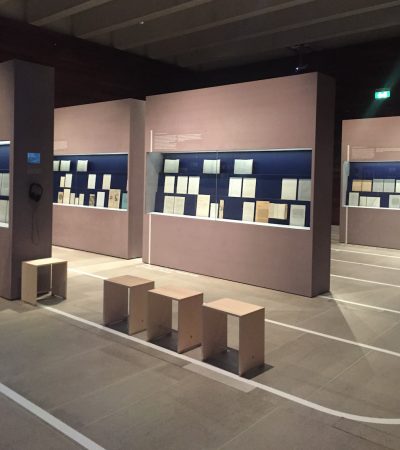 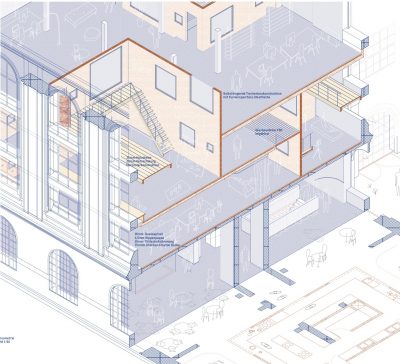 Our new exhibition at German Literature Archive (Deutsches Literaturarchiv Marbach) just opened with a wide media impact. Avenues, light, and views were the leitmotif of our exhibition design that frames the works of writers like Sigfried Kracauer, Walter Benjamin, and Joseph Roth as well as the photographies of Barbara Klemm, Mirko Krizanovich, and Lothar-Günther Buchheim. "The invention of Paris" is open to public until March 2019. 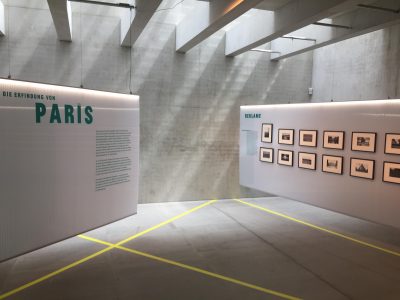 We are one of five winning teams of the internationally open program competition for Schinkel Academy (Internationale Bauakademie) Berlin. Our modular and dynamic approach – beside an organizational concept and the clear vision we developed for the Academy – convinced the international jury. Our proposal is based on the assumption that the programs should define the building, not the other way round. Changing programs = adaptable architecture. We are happy to contribute to the founding process of the new Academy!

With a ceremony together with the injured and the bereaved of the victims of the attack in Berlin in 2016, today the memorial at Breitscheidplatz was inaugurated. In the presence of the President and the Chancellor of Germany as well as other State officials, the bereaved added a symbolic portion of gold into the alloy that completed the memorial. 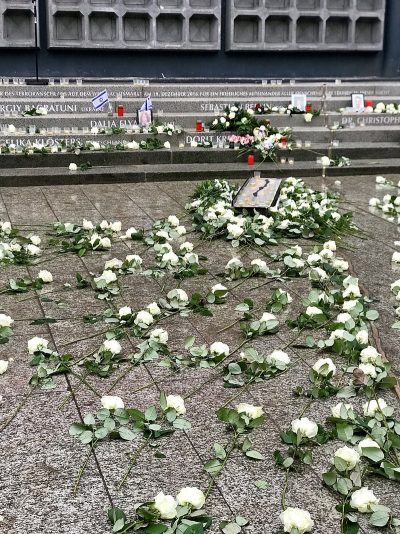 The info point about Brenner Base Tunnel opened after a productive and inspiring collaborative work with Markus Scherer. The base tunnel that will connect Austria with Italy and completes the Transeuropean axis Berlin – Palermo. Visitors now can get all info about one of the largest (and most hidden) building projects of the EU. Guided tours through the working site beneath the Alps also start from here. 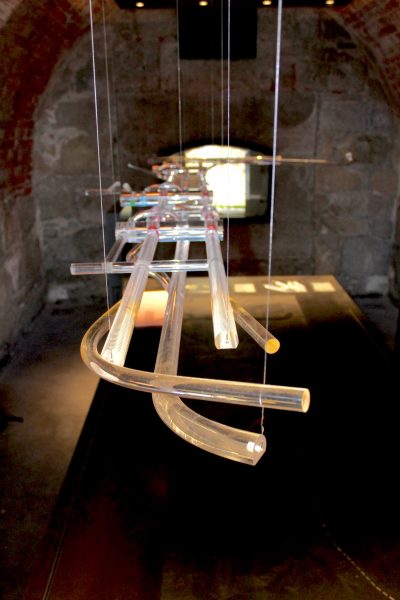 Three times winner, one special mention: the German Design Council acknowledges this year's performance of merz merz on a broad range. "Die Gabe – The Gift" at German Literature Archive is "Winner", as well as Mercedes-Benz Plaza Moscow and the catalogue for the exhibition "Rilke and Russia". The exhibition itself – again at German Literature Archive – is honored with a Special Mention. We like! 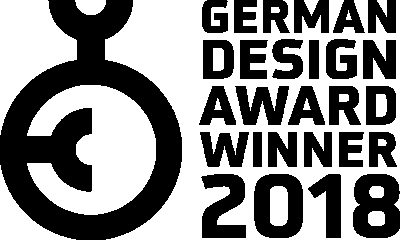 Now opening in Zurich: the traveling exhibition Rilke and Russia. The exquisite spaces of Zurich's Strauhof shed a new light on the German poet's passion for Russia. The Strauhof is a unique institution with a unique history. Having our special exhibition there in Zurich is a fantastic match.

To design a memorial for the Breitscheidplatz attack is a challenge. The attack happened not even a year ago. The shock and grief this day caused is still there. Our design shows the wounds of December 19th, 2016, and tries simultaneously to heal them. 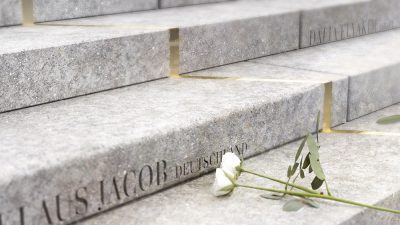 Our traveling exhibition Rilke and Russia in cooperation with German Literature Archive Marbach opened today in Suisse National Library in Bern. Here, to subjects joined in: Blaise Cendrar's and Carl Spitteler's journeys to Russia. Traveling and growing: form and content of our exhibition matches quite well... 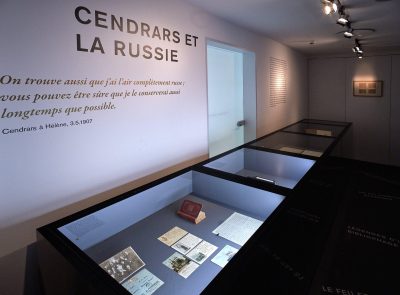 mm+ is awarded the Automotive Brand Contest 2017 in the category "Winner"! With this honor the German Design Council acknowledges the concept and design of Moscow's new Mercedes-Benz Plaza. A new award on the "wishing table" of the Plaza... 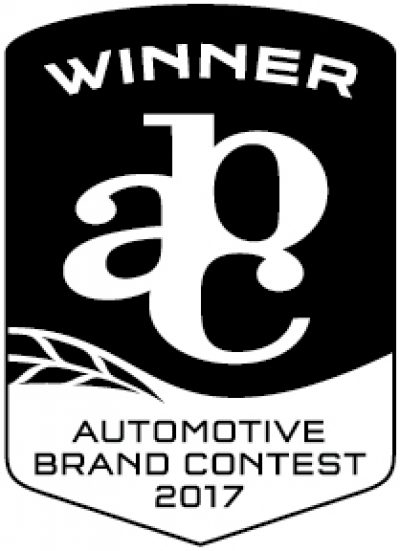 We are proud to announce to win 1st prize with our concept for the Historic-Technical Museum in Peenemünde, the place where rocket science was invented. This place – between Nazi forced labor, destructive weapons, and ethics of science – is loaded with challenges regarding content, design, and landmarked areas.

The trinational travelling exhibition "Rilke and Russia" has opened at its first station, German Literature Archive, Marbach. Critically acclaimed (see links below), this exhibition not only focuses on Rainer Maria Rilke's inspiring and romanticized Russian turn, but could also contribute to a productive international understanding. Next stations will be in Zurich, Bern, and Moscow. Come visit! 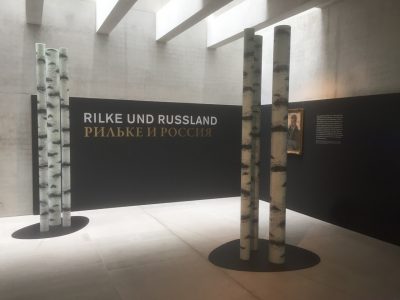 On Saturday, the sound of Barenboim-Said Academy (BSA) was introduced to the public for the first time. Pieces by Boulez, Schubert, Mozart, Alban Berg, and Jörg Widmann were performed in the "clubby jewel box of a design that is also a sophisticated machine for delivering sound" (LA Times). The concert hall by Frank Gehry is integrated ingeniously into the State Opera's magazine building that was retrofitted by HG Merz/mm+.

Star conductor Daniel Barenboim opened the Barenboim-Said Academy, celebrating cultural dialogue through music. We were happy to contribute to this amazing project and hope for a productive first season and fruitful scholarships! 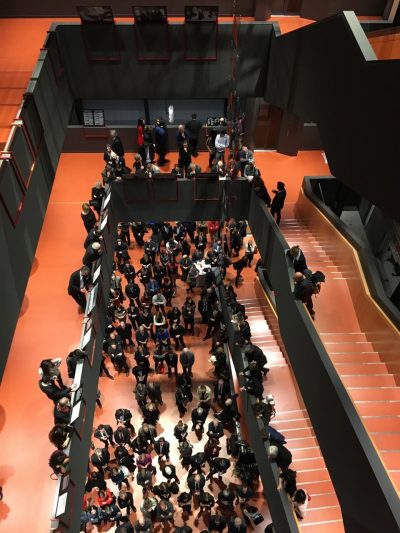 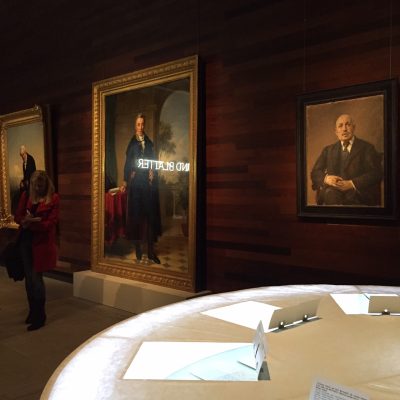 Car dealerships belong to the last century. The now opened Mercedes-Benz Plaza Moscow defines a new category of how to bring the brand to the city. Buying a Mercedes is a happening that we celebrate with this unique project. 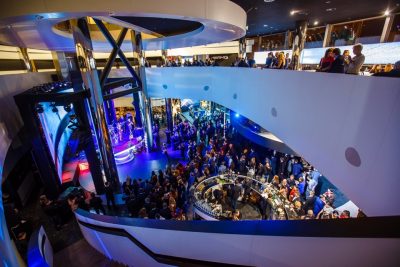 The new Mercedes-Benz branch in Frankfurt sets standards when it comes to car dealerships in Germany. The legend galleries that present historic cars inject a different spirit into the brand new cars. Race technology or celebrity, luxury or adventure – all this is also embodied in the newly bought Mercedes-Benz.

We are delighted to announce winning 2nd prize in the Israeli-German competition for the concept and design of a Visitor Center for the UNESCO World Heritage in Tel Aviv. The retrofitting of the orginal, modernistic building by Dov Karmi and the development of an integral concept to improve the visibility and accessibility of the White City was an exciting task. 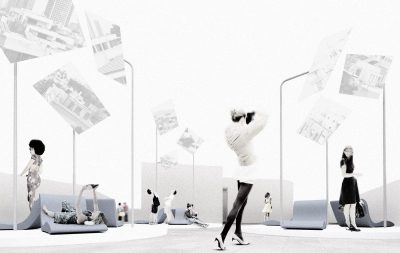 We are delighted to announce that our concept for Mercedes me is on the shortlist of this year's Inside Award. Project presentation and award gala will be held on the Inside Festival, a branch of the World Architecture Festival, on Nov 16th/17th, 2016, in Berlin.

» Inside World Festival
» Mercedes me Beijing

The German Design Council has decided: the unique concept for the Mercedes-Benz Citystore in Beijing is winner of the Automotive Brand Contest 2016. The reinvention of the "urban car dealership" by mm+ opened in April 2016 in Beijing's trendy district Sanlitun. 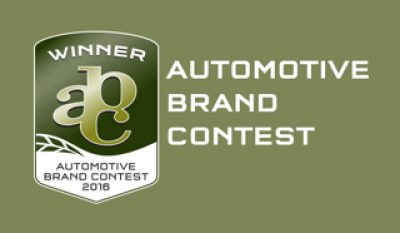 merz merz has won a competition launched by three internationally renowned institutions: the German Literature Archive Marbach, the Swiss Literature Archive Bern (in association with Strauhof Zurich), and the State Literature Museum of the Russian Federation in Moscow.

The Russian travels of the German poet Rainer Maria Rilke are the center of an exhibition planned by these three institutions. The exhibition will be shown in Germany, Switzerland, and Russia. It displays and analyzes the implications on cultural and literary history Rilke's travels to Russia had. His encounters with personalities like Lou Andreas-Salomé, Marina Zwetajewa, and Lew Tolstoi as well as the multiple interconnections between East and West, between fact and fiction, between spirituality and political consciousness form the inspiration of the exhibition design. 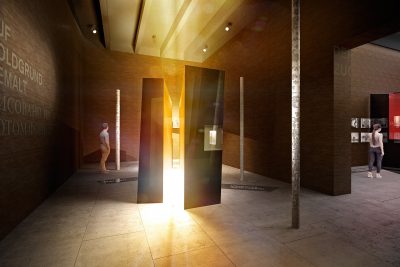 We are delighted to support Bjarke Ingels Group with their winning design for Dubai's Expo in 2020. The »Signature Pavilion« with the theme »Opportunity« will celebrate the »spirit of Dubai« on a totally new level.

Gold is one of the first metals that was used by mankind. It represents millenia of cultural and economic history. A time and space transcending collection of unique exhibits is the basis for the museum planning and implementation by mm+ for Degussa Goldhandel in the center of the international finance town Frankfurt. 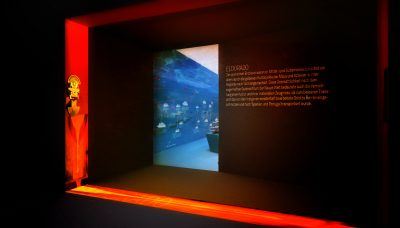 During the renovation and enlargement of the Swarovski Kristallwelten, fragments of a Roman dwelling along with over 700 silver coins and other archeological finds have been discovered. With two exterior show cases and a subtle didactic concept merz merz presents this special place with its treasures to the visitors of the Kristallwelten. 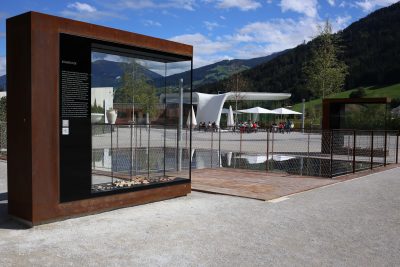